The Courageous Pakistan Army’s Stand on the Eastern Front: An Untold Story of 1971 Indo-Pak War

There is much for Pakistan to come to terms with what happened in 1971. But the answers don’t lie in unthinking vilification of the fighting men who performed so well in the war against such heavy odds in defense of the national policy. Rather, in failing to honour them, the nation dishonours itself.

My introduction to international politics was 1971, as a schoolgirl in Calcutta. Many images from that year are still etched in my mind, but the culminating one was the photo on Ramna Race Course of two men sitting at a table — the smart, turbaned Sikh, ‘our’ war-hero, Jagjit Singh Aurora, and the large man in a beret, A A K Niazi, commander of the other side, signing the instrument of surrender. Nearly a generation later, a chance interview for the BBC (British Broadcasting Corporation) with Lt Gen. Aurora took me back to 1971. The interview was not about 1971, but about injustices suffered by Sikhs at the hands of the state General Aurora had served. I thought he was a bigger hero for what he had to say then. That view was reinforced as I read — with incredulity — the disparaging remarks by other Indian officers about him, and each other, in their books. If this is what happened to the winning commander, I wondered what had happened to the other man in the photo.

The result was a revelation.

It turns out that General Niazi has been my ‘enemy’ since the Second World War. As Netaji Subhas Chandra Bose and his Indian National Army fought on the Burma front in 1943-45 in their quest for India’s freedom, Niazi was fighting on the other side, for the British Indian Army, under the overall command of General (later Field Marshal) William Joseph Slim. Slim and his 14th Army halted the advance of the INA and the Japanese at the Imphal campaign and turned the course of the war.

In the process of inflicting military defeat upon my ancestor, Niazi’s performance was so exceptional that the British awarded him an on-the-spot Military Cross for action on the Assam-Burma front in June 1944. On another occasion they wanted to award a DSO, but he was too junior, so a Mention in Despatches was recorded. In the original record of his MC signed by his commanding officers all the way up to Slim, which I obtained from the British Ministry of Defence, the British commanders describe Niazi’s gallantry in detail: “He organized the attack with such skill that his leading platoon succeeded in achieving complete surprise over the enemy.” They speak of how he personally led his men, the ‘great skill and coolness’ under fire with which he changed tactics with changing circumstances, created diversionary attacks, extricated his wounded, defeated the enemy and withdrew his men by section, remaining personally at the rear in every case.

The British honoured Niazi for “personal leadership, bravery and complete disregard for his own personal safety.” On 15 December 1944 the Viceroy Lord Wavell flew to Imphal and in the presence of Lord Mountbatten knighted Slim and his corps commanders Stopford, Scoones and Christison. Only two ‘Indian’ officers were chosen to be decorated by the Viceroy at that ceremony — ‘Tiger’ Niazi was one of them.

In 1971 Niazi was a highly decorated Pakistani general, twice receiving the Hilal-e-Jurat. He was sent to East Pakistan in April 1971 — part of a sorry tradition in South Asia of political rulers attempting to find military solutions to political problems. By then Tikka Khan had already launched the crackdown of 25 March for which he has been known to Bengalis as the ‘Butcher of Bengal’ ever since. The population of East Bengal was completely hostile and Pakistan was condemned around the world.

Authoritative scholarly analyses of 1971 are rare. The best work is Richard Sisson and Leo Rose’s War and Secession.

Robert Jackson, fellow of All Soul’s College, Oxford, wrote an account shortly after the events. Most of the principal participants did not write about it, a notable exception being Gen. Niazi’s recent memoirs (1998).Some Indian officers have written books of uneven quality — they make for an embarrassing read for what the Indians have to say about one another.

However, a consistent picture emerges from the more objective accounts of the war. Sisson and Rose describe how India started assisting Bengali rebels since April, but “the Mukti Bahini had not been able to prevent the Pakistani army from regaining control over all the major urban centers on the East Pakistani-Indian border and even establishing a tenuous authority in most of the rural areas.” From July to October there was direct involvement of Indian military personnel. “…mid-October to 20 November… Indian artillery was used much more extensively in support …and Indian military forces, including tanks and air power on a few occasions, were also used…Indian units were withdrawn to Indian territory once their objectives had been brought under the control of the Mukti Bahini — though at times this was only for short periods, as, to the irritation of the Indians, the Mukti Bahini forces rarely held their ground when the Pakistani army launched a counterattack.”

Clearly, the Pakistani army regained East Pakistan for their masters in Islamabad by April-May, creating an opportunity for a political settlement, and held off both Bengali guerrillas and their Indian supporters till November, buying more time — time and opportunity that Pakistan’s rulers and politicians failed to utilise.

Contrary to Indian reports, full-scale war between India and Pakistan started in East Bengal on 21 November, making it a four-week war rather than a ‘lightning campaign’. Sisson and Rose state bluntly: “After the night of 21 November…Indian forces did not withdraw. From 21 to 25 November several Indian army divisions…launched simultaneous military actions on all of the key border regions of East Pakistan, and from all directions, with both armored and air support.” Indian officers like Sukhwant Singh and Lachhman Singh write quite openly in their books about India invading East Pakistani territory in November, which they knew was ‘an act of war’.

None of the outside scholars expected the Eastern garrison to withstand a full Indian invasion. On the contrary, Pakistan’s longstanding strategy was “the defense of the east is in the west”. Jackson writes, “Pakistani forces had largely withdrawn from scattered border-protection duties into cleverly fortified defensive positions at the major centres inside the frontiers, where they held all the major ‘place names’ against Mukti Bahini attacks, and blocked the routes of entry from India…”

Sisson and Rose point out the incongruity of Islamabad tolerating India’s invasion of East Pakistani territory in November. On 30 November Niazi received a message from General Hamid stating, “The whole nation is proud of you and you have their full support.” The same day Islamabad decided to launch an attack in the West on 2 December, later postponed to 3 December, after a two-week wait, but did not inform the Eastern command about it. According to Jackson, the Western offensive was frustrated by 10 December.

Though futile, the Western offensive allowed India to openly invade the East, with overwhelming advantages. “ …despite all these advantages, the war did not go as smoothly and easily for the Indian army…”, but Sisson and Rose come to the balanced judgment that “The Pakistanis fought hard and well; the Indian army won an impressive victory.” Even Indian officers concede the personal bravery of Niazi and the spirited fight put up by the Pakistanis in the East. That the troops fought so well against such overwhelming odds is a credit both to them, and to their commanders, for an army does not fight well in the absence of good leadership.

However, as Jackson put it, “…India’s success was inevitable from the moment the general war broke out — unless diplomatic intervention could frustrate it.” As is well known, Pakistan failed to secure military or diplomatic intervention. Sisson and Rose also say, “The outcome of the conflict on the eastern front after 6 December was not in doubt, as the Indian military had all the advantages.” On 14 December Niazi received the following message from Yahya Khan: “You have fought a heroic battle against overwhelming odds. The nation is proud of you …You have now reached a stage where further resistance is no longer humanly possible nor will it serve any useful purpose… You should now take all necessary measures to stop the fighting and preserve the lives of armed forces personnel, all those from West Pakistan and all loyal elements…” Sisson and Rose naturally describe this message as “implying that the armed forces in East Pakistan should surrender”.

No matter how traumatic the outcome of 1971 for Pakistan, the Eastern command did not create the conflict, nor were they responsible for the failure of the political and diplomatic process. Sent to do the dirty work of the political manoeuvrers, the fighting men seem to have performed remarkably well against overwhelming odds. It is shocking therefore to discover that they were not received with honour by their nation on their return. Their commander, Niazi, appears to have been singled out, along with one aide, to be punished arbitrarily with dismissal and denial of pension, without being given the basic right to defend himself through a court-martial, which he asked for.

The commission set up allegedly to examine what had happened in 1971 was too flawed in its terms of reference and report to have any international credibility. However, even its recommendations of holding public trials and courtmartials were ignored. There is much for Pakistan to come to terms with what happened in 1971. But the answers don’t lie in unthinking vilification of the fighting men who performed so well in the war against such heavy odds in defence of the national policy. Rather, in failing to honour them, the nation dishonours itself.

Sarmila Bose is the niece of Subhas Chandra Bose or Netaji of Indian National Army fame who fought against the British supporting the Japanese. He is considered as a great hero in Bengal and India. Sharmila Bose is Assistant Editor, Ananda Bazar Patrika, India & Visiting Scholar, Elliott School of International Affairs, George Washington University. 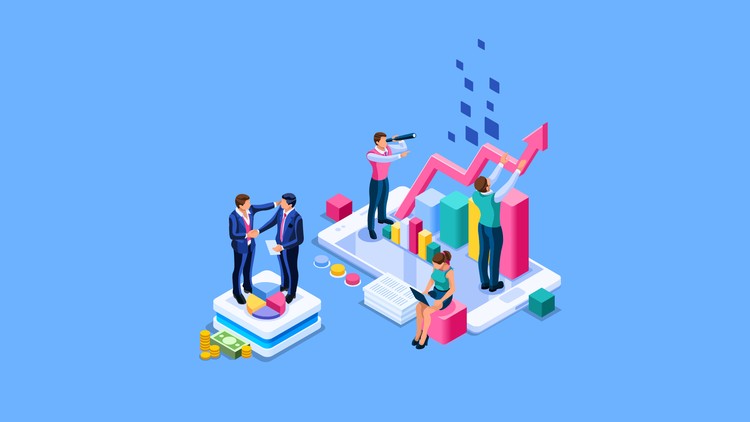