Efforts of Pakistan and Uzbekistan for settlement of conflict in Afghanistan

Efforts of Pakistan and Uzbekistan for settlement of conflict in Afghanistan

On 12th August 2020, Center for Global & Strategic Studies (CGSS), Islamabad & Institute for Strategic and Regional Studies (ISRS) under the President of the Republic of Uzbekistan, Tashkent jointly organized an Online International Conference on “Efforts of Pakistan & Uzbekistan towards the Settlement of the Conflict in Afghanistan: Prospects for Mutually Beneficial Cooperation”.

The Session was commenced with the opening remarks of Major General Syed Khalid Amir Jaffery HI(M) (Retd), President, CGSS. He stated that Afghan Conflict is one of the longest conflicts of modern history which has resulted in severe effects at the regional and global levels. He further highlighted the damaging impacts of the Afghan Conflict on both the brother countries (Uzbekistan and Pakistan).

Mr. Akramjon Ne’matov, First Deputy Director, ISRS, Tashkent, Uzbekistan mentioned that due to various National and International terrorist groups operating in Afghanistan, there has been a high rate of Collateral damage. Hence, it is the common duty of the neighboring countries (Pakistan and Uzbekistan) to facilitate in overcoming the difficult situation in Afghanistan. Mr. Akramjon also highlighted the significant role Loya Jirga can play in achieving long-term sustainability in Afghanistan. Lastly, he suggested that for the promotion of peace, stability, and progress in Afghanistan and the region in general, a Joint Cooperation Mission can be formulated.

Prof. Dr. Niaz Ahmad Akhtar (S.I.), Vice-Chancellor, University of the Punjab, Lahore, Pakistan stated that the peace and stability in Afghanistan are in the common interest of Pakistan and Uzbekistan. Moreover, he added that through the platforms of SCO and ECO, Pakistan and Uzbekistan can play a pivotal role in bringing stability in Afghanistan. Lastly, Dr. Niaz Ahmad mentioned that the progress in the common areas of interest such as energy, communication, tourism, etc can only be made if the situation in Afghanistan improves.

Mr. Bakhtiyar Mustafayev, Head of Center, ISRS, Tashkent, Uzbekistan mentioned that joint efforts in the areas of Infrastructure, etc can play an important role in promoting stability in the region and Afghanistan in specific. Furthermore, he mentioned that to facilitate the peace process in Afghanistan, the Afghan-led initiative must be supported.

H.E Zahid Nasrullah Khan, Ambassador of Pakistan to Afghanistan, Kabul stated that to solve the Afghan Conflict, an Inclusive Political Dialogue must be encouraged in which the three major stakeholders (US, Taliban, & Afghan Leadership) must be included. He further stressed upon the support for the Afghan-led Process. Highlighting the significant role played by Pakistan in the Afghan Peace Process, Mr. Nasrullah mentioned that Pakistan has played an active role by participating in all international efforts and gathering support at the regional and international levels.

Mr. Rustam Huramov, Head of the Branch, ISRS, Tashkent, Uzbekistan stated that Uzbekistan has launched several infrastructure projects in Afghanistan to improve the overall stability of Afghanistan. The Railway project launched by Uzbekistan will not only prove to be beneficial for the member states (Uzbekistan, Pakistan, & Afghanistan) but also for the entire region.

Brigadier Said Nazir Mohmand (Retd), Member Board of Advisors, CGSS, Pakistan mentioned that to overcome the challenges faced by Afghanistan, Pakistan-Uzbekistan Cooperation is required. Foreign Relations must be further strengthened by working in the Socio-Economic and Connectivity areas. Moreover, he mentioned that for achieving common Geopolitical, Economic, Trade, Energy, etc objectives, Pakistan and Uzbekistan need to make joint efforts. He further mentioned that the solution to Afghan conflict does not lie in the Military approach. 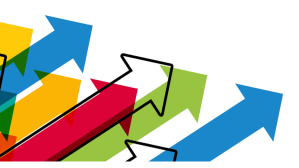