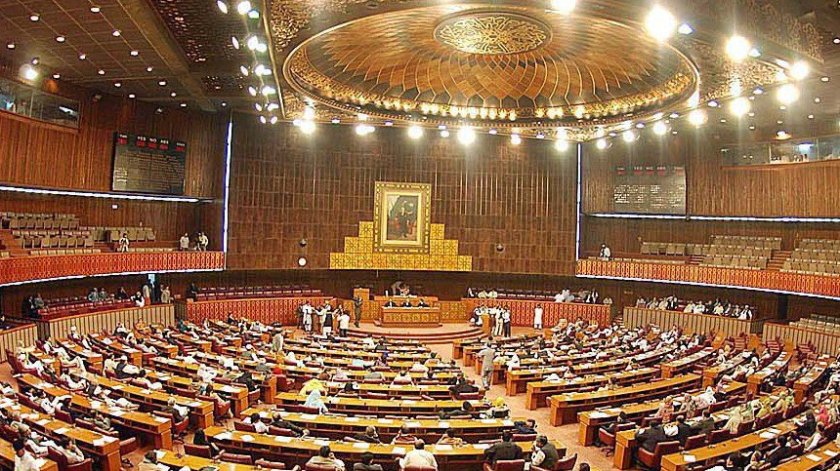 It is not Salim Bukhari; it is the crooks entering the House through fake degrees, rigged polls and proceeds of crime who insult the august house of Parliament

Chairman of Pakistan’s Upper House of Parliament, Mian Raza Rabbani, is furious again; not because someone mentioned the M word but because of some loose remarks which slipped out of the tongue of an analyst in a live TV show. Chairman Rabbani has ordered PEMRA to take action against analyst Salim Bukhari who is otherwise known for immaculately choosing his words. He is no novice not to understand the sanctity of the august House of Parliament, or the consequences of his unfortunate utterance, as he has been an editor of a couple of English language newspapers like The News and The Nation.

In the heat of argument, he is reported to have described the honorable members of the Parliament as bharwas, or pimps.

While Bukhari should have weighed his words and should have refrained from inviting the ire of the most powerful organ of the State, the troubling question is why a person like him had to lose patience, and also was his a lone voice or was he representing the sentiments of the majority of his compatriots?

Irrespective of the fact that Bukhari has tendered an unconditional apology for his careless utterance, the fact of the matter is that common perception about MPs is that of cheats, thugs and imposters who invest their ill-gotten billions in elections generously and try to make disproportionate profits on these investments. There are so many MPs who were caught forging their academic certificates to qualify for elections. Given the first opportunity, they used their power of legislation to trash the law that prescribed minimum qualification for eligibility as an MP.

Salim Bukhari is guilty of stating the obvious but in a language construed to be abusive. Calling the MPs as pimps may be objectionable but are they saints and sages as they should be? Fact of the matter is that it is not Salim Bukhari; it is the crooks entering the House through fake degrees, rigged polls and proceeds of crime who insult the august house of Parliament. And after they reach there, how do they treat the economic resources of the State and how do they misuse their position for personal enrichment is no secret.

To be certain, a sizable majority of Pakistanis does not know the significance of the Parliament though they are led to polling stations to exercise their right of vote. They have to vote for one of the candidates and with elections increasingly becoming a business case, only those with tons of money can afford to contest. The electorate, though voiceless, see helplessly how the crooks who had amassed money through unfair means spend it to enter into the elitist club of those who cannot be touched. Those who understand the spirit of democracy and those who have some exposure of the political system of other countries the world over, like Bukhari, do not hide their contempt.

It’s time not to kill the messenger but to retrospect; why people have no respect for their elected representatives? Why people rejoice when some military dictator packs up the democratic dispensation to bring in stability and prosperity through competent, honest and presentable technocrats and why his downfall starts from the day he embraces the politicians?