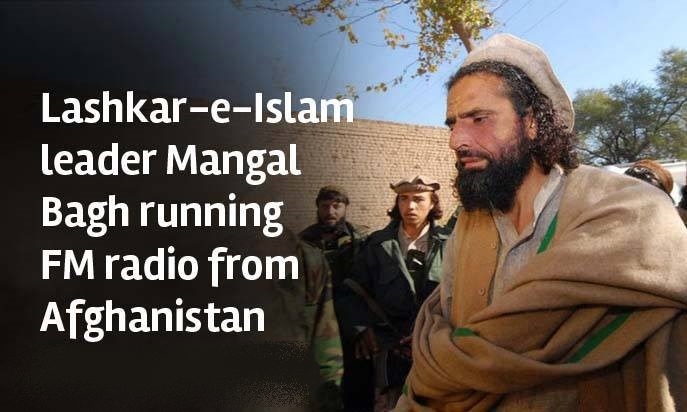 I always find these stories about terrorist outfits running FM radios quite humorous since I know the background of these organizations. Laskhar e Islam used to, and I stress, used to control the Bara region around Peshawar. There fighters were regularly patrolling the mountains and bypasses to Afghanistan. They even had the audacity to toss flyers into people’s homes in Hayatabad demanding Rs. 500,000 (I think) or the eldest son to join their fight. Refusal would bring dire consequences.

For those who don’t know, Lashker-e-Islam, Jamaat ul Ahrar joined up with ISIS in Afghanistan to assist them pushing into Pakistan. Soon after the attack on Army Public School happened. You can read my complete analysis of this nexus in The Nation (Feb 2015).

Now, here’s the takeaway… and this is important…

Mangal Bagh, Lashkar-e-Islam, Jamaat-ul-Ahrar and Tehrik-e-Taliban Pakistan (TTP) were once something to worry about. Here’s where they stand today:

This is all because Zarb-e-Azb worked. The Armed Forces of Pakistan have eliminated a significant portion of the threat to Pakistan from the Afghanistan side. Now, while that front is maintained secure, we need to focus on the urban areas, extremist hotbeds and Balochistan.

I take great happiness that a marauder like Mangal Bagh has been reduced to FM radio broadcasts against Pakistan. Much like the “mighty” Fazlullah, they have returned to the existence that they truly deserve. Nothing. No one. Alone broadcasting hate against Pakistan. Well, that’s nothing new.. the Indian media does it 24/7, 365 days a year.

Take pride Pakistan! Stand tall! We will win this war and eliminate this ideology from Pakistan as well, so that future generations will see a peaceful, prosperous Pakistan.