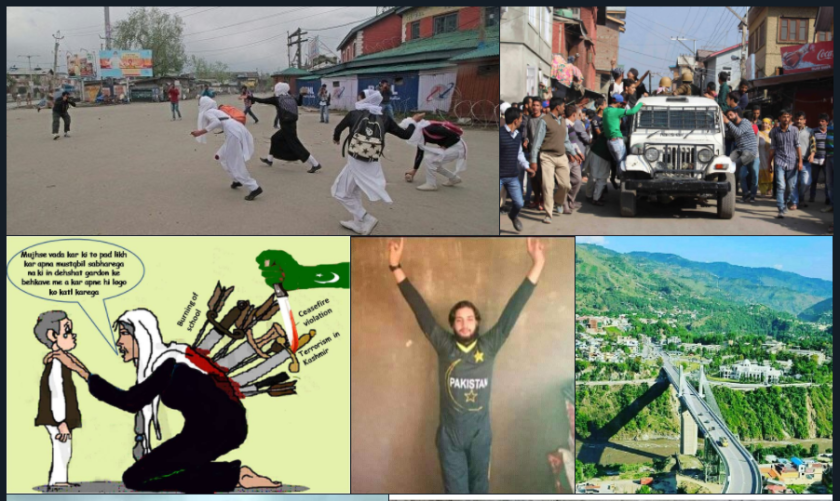 ISLAMABAD—Kashmir activists worldwide have completed the largest campaign so far on documenting the human rights situation in Indian-occupied Kashmir through, verified, traceable pictures.

This campaign can be seen online through the hashtag #KashmirPictures. This hashtag contains the largest online trove of verified, dated and captioned pictures on Kashmir conflict.

The campaign was launched this year in September and completed in October.

“We used pictures generated by international news organizations,” said Ghulam Shabbir, an activist with YFK–International Kashmir Lobby Group (Youth Forum For Kashmir). “These pictures were taken on the ground in Kashmir. They document developments in Kashmir Conflict, and cannot be denied by any party.”

The campaign was triggered by the inadvertent use of a Palestinian girl’s picture at a UN General Assembly session statement on Kashmir. This triggered a worldwide debate on pellet-gun victims in Kashmir. Though the Palestinian picture was used in good faith, it provided an opportunity to examine the extent to which the actual human rights violations in Kashmir are documented through pictures. Activists seized on this opportunity and released five verified, credible pictures every day for a month on social media as part of a campaign launched by YFK, titled ‘Pictures Speak For Kashmir’, using the hashtag #KashmirPictures.

The pictures used in this campaign were taken by photographers working on the ground in Indian-occupied Kashmir for known international news agencies. Pictures were verified, dated, and captioned, documenting Indian human rights violations in the international conflict of Kashmir.

Many Kashmir activists and common people other than YFK also joined the campaign and spread out verified and captioned pictures of Kashmir conflict. This campaign proved useful in countering the criticism generated by skeptics who claimed that the use of a Palestinian girl’s picture meant there were no rights violations occurring in Kashmir.

This record on Kashmir conflict is now permanently available to the public anywhere worldwide by typing #KashmirPictures in any online search engine.