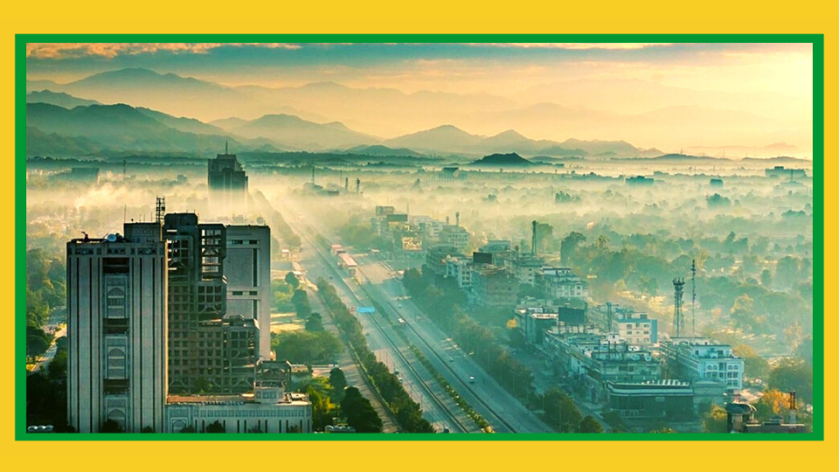 The issue of construction of a Hindu Temple in Islamabad

I have been asked by some friends to give my opinion on the issue of the construction of a Hindu Temple in Islamabad. Briefly I submit that before the partition of India in 1947, there were some Hindu temples in Pakistan and they still exist.

Islam ordains to protect the worship places of all religions. There are no Hindus in Islamabad. The Hindus and all religions are free to go to their worship places. Quaid – I- Azam also in his speech of August 11, 1947 said that the minorities will have full religious freedom.

Hinduism is the only religion that permits Idol worship. Idol worship is impermissible in Islam. The Holy Prophet of Islam broke 360 idols placed in Kaaba after the conquest of Makkah. Pakistan is an ideological state created in the name of Islam. The construction of a new temple can not be permitted in Pakistan.

India claims to be a secular state but has demolished Babri Mosque and so many other mosques. Being Muslims we can not demolish or desecrate the worship place of any faith. We can permit all religions to construct new places of prayers but can not permit Hindus to make idolatry house in the shape of temples.

After the creation of Pakistan we have to uphold Islamic basic injunctions and to break the idols is one of them. Islam permits the people of all religions to freely observe their religious rituals but no idolatry permitted in an Islamic State. An Arab state that permitted the construction of Temple to India, did so on political grounds and mocked at the Islamic concept of Towhid. In my opinion there should be no restriction on the construction of Christian Churches, Jewish synagogues and Sikh Gordwaras as they do not worship idols. As the Hindus are idolaters, no Muslim country should permit the construction of temple on its land.

At the most what we can do is we should not demolish the any temple built before the partition of India but can not permit construction of any new temple. Here it must be seriously noted down that Islam ordains to protect the life, honour, property and sacred places of worship of all religions. The fundamentalists, the retrogressive minded clerics and the religious extremists must not raise public feelings even against Hindus. To protect their lives, honour and property is our Islamic duty.

I hope the present government will realize the sensitivity of the issue and refrain from any act that goes against Islamic basic teachings. In my two books titled ‘The Message of Islam’, published in America and ‘The Rational Study of Islam’, I had explicitly thrown light on the Islamic Concept of Monotheism. The government that claims to establish in Pakistan the type of Rayasat-e-Medina (The State of Medina) will not make it the State of Idolaters. Sanity will prevail and right decisions will be taken. I wish so.

Let me here quote very famous couplet of Dr. Allama Iqbal against idolatry. He says:
اگرچہ بت ہیں جماعت کی آستینوں میں
مجھے ہے حُکمِ اذاں لا الہ الا اللہ
( Though there are idols under the arm pits of people,
but I am ordained to Call loudly that there is no God but Allah).

Many of you have agreed with me that the construction of temple in Islamabad should not be permitted. But you have further opined: “The Christians believe in Trinity and they also keep the idol of Virgin Mary in churches.“

I know it is like that but we can’t call them idols. These are the images / statues. The Christians have a unique concept of Trinity and there is difference of opinions amongst them. The book of Moulana Kusar Niazi titled Aina-e-Taslees ( The Mirror of Trinity) is a remarkable book on this subject. The Christians pay respect to the Images/ statue of Mary and Jesus Christ. They do not call these statues as idols.

In The Torah (Old Testament) the 10 commandments are written. The first four deal with God and the last six deal with Man. The Christians also believe in these Ten Commandments. It is clearly written in the first four commandments that only Jehovah ( God) has to be worshiped.

If we carefully study the Four Bibles, The Matthew , The Mark, The Luke and The John we find that Jesus at so many places praised God and prayed with his disciples. He announced one God. In the Bible Luke Jesus addressed likewise: “ And whoever rejects me rejects the One who sent me”.

The Catholics kiss and revere the Image of Mary and Jesus while the Protestants do not make their images. They reject image and statue making of them. No idolatry in Christianity. So far as the protection of their cathedrals/ churches is concerned, besides the ordination of the holy Quran, the holy Prophet of Islam in his life time issued the decree/verdict not to demolish or desecrate Churches after conquering the Christian lands. This parchment with the stamp of the Prophet PBUH is in the Saint Katherine Church even today. The Quran has also ordained to respect the churches and synagogues. The holy Prophet PBUH and four caliphs did not demolish, disgraced or desecrated the worship places of The People of the Book.

A new sect of Christians has emerged named The Jehovah Witnesses. During my stay in America, their priests had been visiting me and discussed with me their belief. Like Muslims they believe in one God and consider Jesus Christ the prophet of God. We can not stop Christians if they want to construct a new worship place. Only the Hindus are idolaters like Mushrakeen-e-Makkah, hence they cannot be permitted to construct temple in any Islamic State.