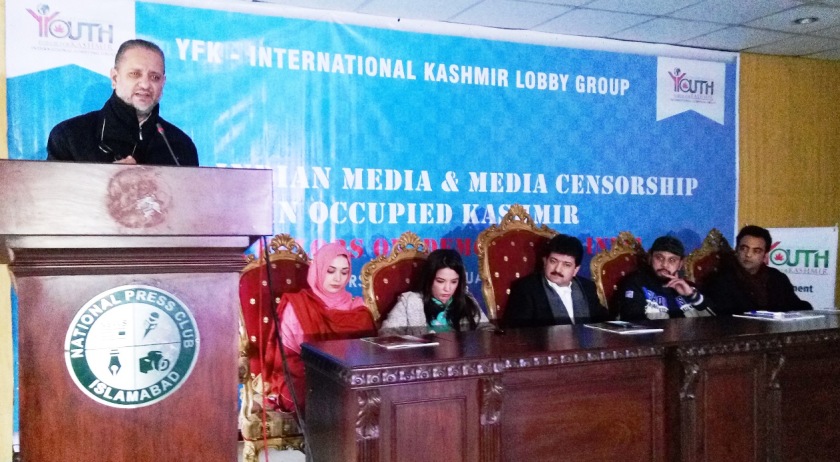 ISLAMABAD—Indian republic day is marked as Black day by Kashmiris all over the world. YFK – International Kashmir Lobby Group organized a media discussion titled “Biased Indian Media & Media Censorship In Occupied Kashmir: True Colors of ‘Democratic’ India”, to highlight the atrocities being done by Indian occupational forces and their tactics to hide them from international community.

Constitution of India came into force on 26th January 1950 replacing the Government of India Act 1935, a day to remind people that there still is a place under Indian occupation that is better known as lawless territory that is Indian-occupied Kashmir. The event was regarding the biasness of Indian media, media censorship in Kashmir and how Pakistani media can play its effective role in highlighting Kashmir conflict.

YFK calls on India to stop state repression in Kashmir, withdraw the army, stop harassing pro-freedom activists and start creating an environment conducive to the eventual implementation of UN-supervised plebiscite to determine the future of the territory.