A heartstoppingly beautiful 15th century Timurid Qur’an copied on Ming Dynasty gold-painted colored paper, is coming up for auction Christies in London on 25th July. Estimate $780 000 – $1.2m. Only four other similar Qur’ans written on Chinese paper like this are known. 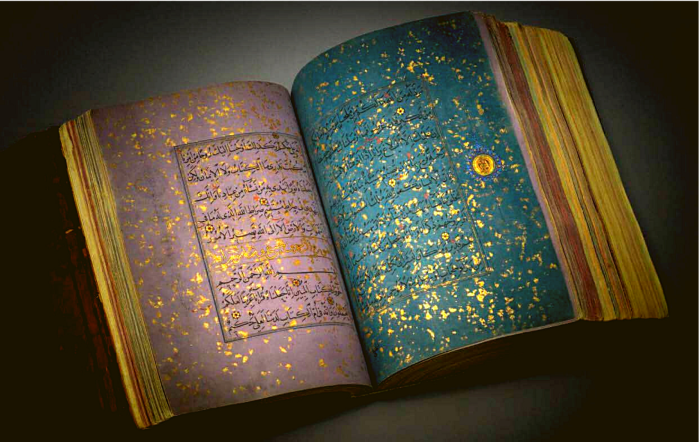 Although coloured paper was used in the Islamic world for many centuries, Chinese paper had a particular appeal with its luscious finish, vibrant colours and exotic designs. The silky texture is achieved through the technique of permeating the paper with lead white.
The orientation of the paper does not always follow the direction of the text – this is likely an intentional decision made by the calligrapher, to emphasize the Qur’anic text as the most important feature, with the background decoration as of only secondary, superficial beauty.

The exact formula with which the paper was permeated and dyed is still not fully known. It was not just its velvety texture that made the paper desirable but also its range of colours, which were extensive and in this Qur’an include shades of blue, pink, lavender, yellow & green. 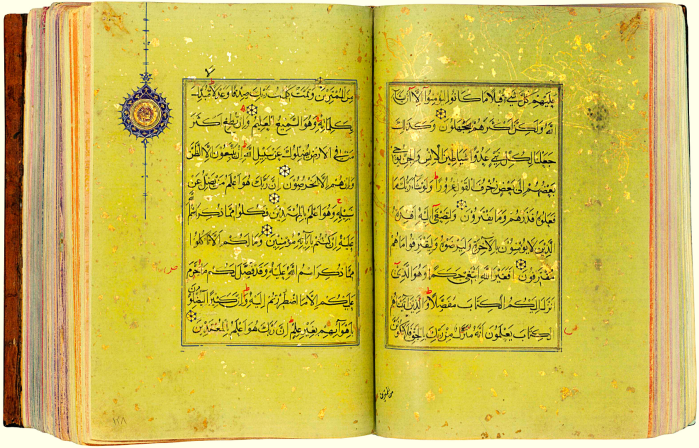 Many pages in this Qur’an are decorated with either gold speckles or characteristically Chinese motifs such as naturalistic details of plants like peach blossoms, architecture & landscapes. These designs resonate with the patterns seen on Ming silks and blue and white porcelain. 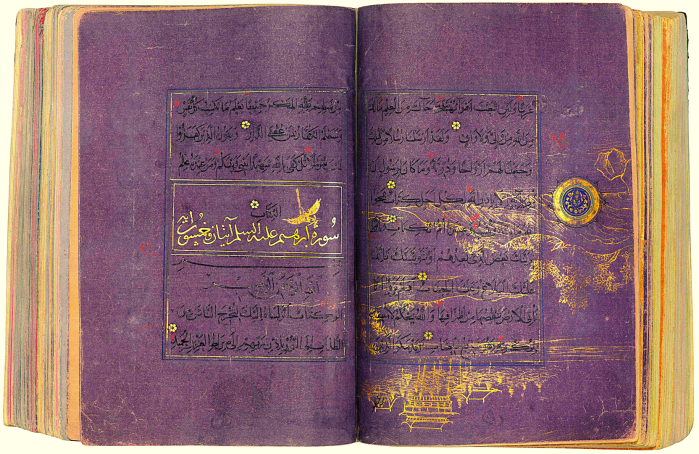 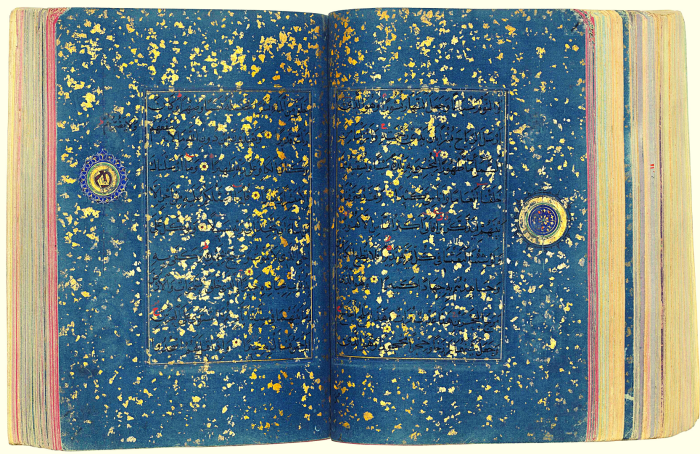 A late 14th century Chinese source associates the making of ‘waxed paper’ with the city of Shaohsing on the south-central coast of China. It’s thought that at least one batch of paper was brought back from China by an emissary sent by Shah Rukh who returned in 1422. 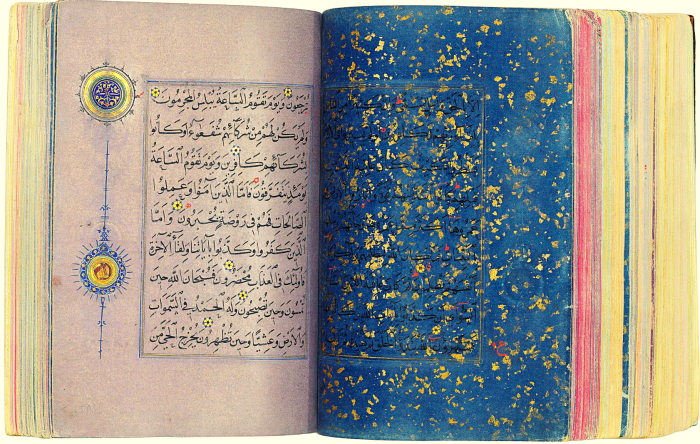 2 Courses in 1 – Accounting and Financial Reporting 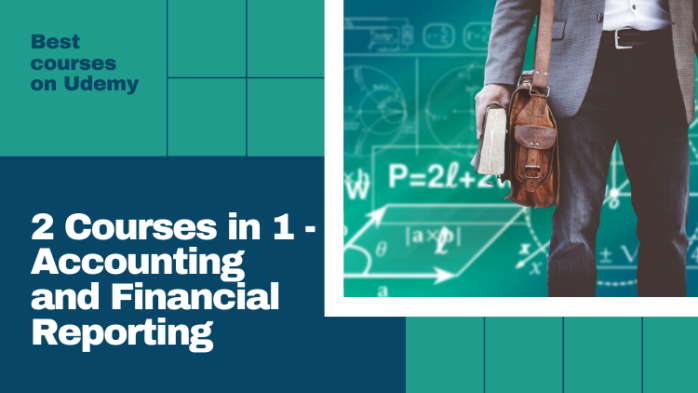