UN HRC accredited NGOs and others have been influencing and participating in a pro-India propaganda campaign against Pakistan and Kashmir for at least 15 years. It was revealed by EU DisinfoLab which is an independent EU-focused NGO whose mission it is to raise awareness on disinformation.

In a detailed report published on their website, they stated:

Following a preliminary investigation published in 2019, the EU DisinfoLab uncovered a massive operation targeting international institutions and serving Indian interests. “Indian Chronicles” – the name we gave to this operation – resurrected dead media, dead think-tanks and NGOs. It even resurrected dead people. This network is active in Brussels and Geneva in producing and amplifying content to undermine – primarily – Pakistan.

The present study reopens and builds upon our previous work, which is documented in our report “Influencing policymakers with fake media outlets, an investigation into a pro-Indian influence network”. We encourage readers to consult the first investigation before diving into this one. 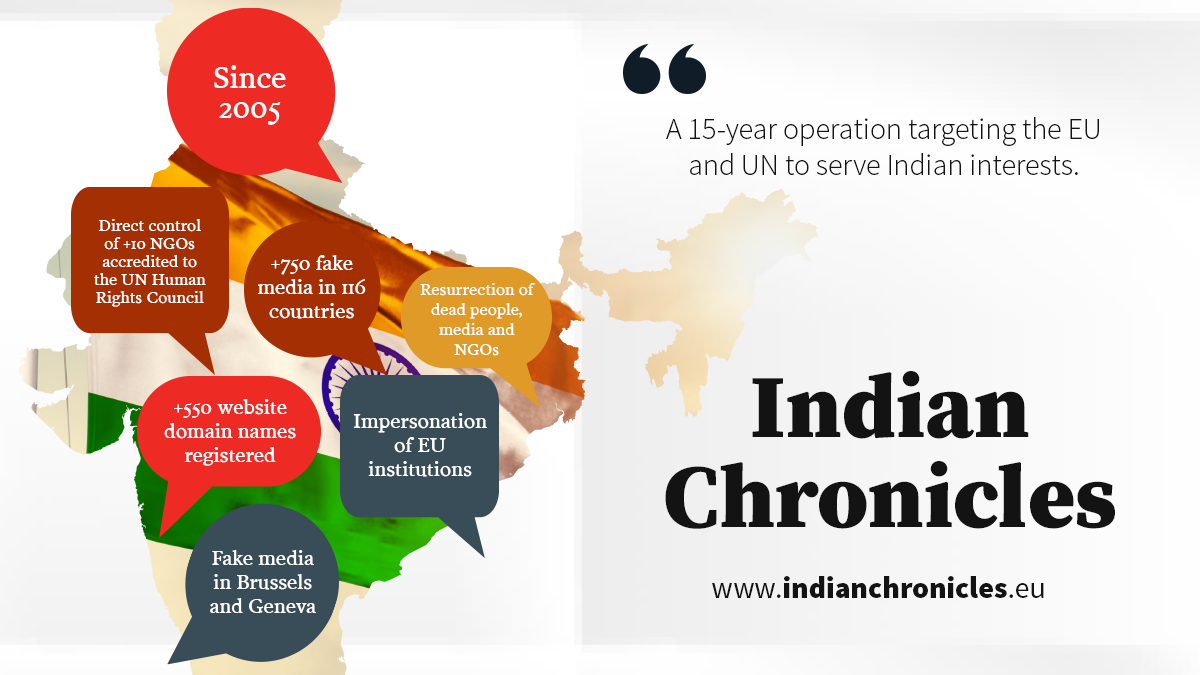 In a nutshell, Indian Chronicles is:

Summary of the 15-year influence operation

Our open-source investigation shows that the operation led by the Srivastava Group and amplified by ANI began in 2005 and is still ongoing at this date.

The operation’s mission is to discredit nations in conflict with India in Asia, in particular Pakistan but also China to a lesser extent. Its long-term objective is:

To do so, the operation consists of:

If you want to read the report in detail, you can download it from our Books section here.