Anti-State Terrorists Are Attempting A Hybrid War Coup In Kazakhstan

Anti-State Terrorists Are Attempting A Hybrid War Coup In Kazakhstan

The Hybrid War on Kazakhstan is ongoing, very fluid, and everything might thus change unexpectedly, but the present analysis’ purpose is to prove that the latest events are indeed a Hybrid War coup attempt by anti-state terrorists, even if it’s unclear at this moment exactly which networks they’re associated with.

What were initially apolitical but nevertheless unauthorized (therefore illegal) protests in Kazakhstan against the government’s preplanned removal of fuel subsidies that caused prices to double in the span of a few days has turned into a Hybrid War coup attempt. This is indisputable after the original protesters got everything that they wanted and more once the government resigned, President Tokayaev blamed them and energy companies for the reforms’ sloppy implementation, and temporarily reimplemented price controls on fuel and other social commodities yet the protests still continued.

In fact, they even became violent once swarms of individuals seized some government buildings, disarmed and detained members of the security forces, reportedly stormed at least one small arms store, and thus exposed themselves as typical Color Revolutionaries. This means that those who participate in these illegal activities are driven by anti-state motivations in order to carry out a coup in Kazakhstan through terrorist means that ominously resemble the infamous ones unforgettably utilized during the spree of urban terrorism popularly known as “EuroMaidan” and most recently in Belarus.

It also deserves mentioning that fugitive oligarch Mukhtar Ablyazov, who’s presently in France after receiving “political asylum” there, earlier called for more protests according a report by the US government-funded Radio Free Europe/Radio Liberty. This suggests that his influence network might be behind the ongoing spree of anti-state terrorism considering his self-interested motivations in overthrowing the government in order to subsequently seize power there. His banned “Democratic Choice of Kazakhstan” wants to transform the country’s presidential republic into a parliamentary one.

The latest reports coming out of Kazakhstan suggest that a nationwide internet blackout preceded President Tokayev’s pledge to remain in the capital and his promise of a “tough” response to the rioters. He also said that he assumed control of the National Security Council. By leading from the front, President Tokayev is showing strength in the face of this unprecedented national crisis. He knows that the anti-state terrorists don’t represent the majority’s will and that most Kazakhstanis are very scared of what’s happening. The security services will likely try to regain full control of the crisis by tonight.

In the meantime, it’s important to be aware of the next likely phases of the ongoing Hybrid War on Kazakhstan. Before describing them, one must keep in mind that the US government doesn’t have a monopoly on these tactics and strategies which is why it might not be directing events in this particular case. These political technologies have proliferated to the point where practically any interest group can employ them, especially fugitive oligarchs like Ablyazov. That doesn’t automatically mean that he’s doing this at the behest of America even if the latter attempts to take advantage of this later on.

Having clarified that, the most immediate escalation that can be predicted apart from potential kinetic ones on the street in that internet-blacked out country is informational, particularly with respect to the promulgation of fake news about the latest events. The internet blackout was likely imposed in order to cut off the anti-state terrorists’ communication capabilities that they were relying upon to organize their swarm of various sites in Almaty and elsewhere. Be that as it may, antagonistic foreign media and possibly also government forces will likely claim that it’s meant to “cover up the government’s crimes”.

The Kazakhstani authorities would do well to fully film everything that they do during the internet blackout in order to later release their footage to the media in order to confirm that they aren’t complicit in whatever crimes they’ll predictably be accused of. That could also prove that the so-called “peaceful unarmed pro-democracy protesters” (as they’ll likely be deliberately misportrayed by antagonistic foreign forces) were actually violent armed anti-state terrorists. This is crucial when it comes to correcting international perceptions about this crisis and the state’s response.

On the topic of fake news, there’s already some wild speculation being spread by antagonistic social media forces alleging that Russia has either already dispatched security assistance to Kazakhstan despite presidential spokesman Peskov’s denial and that the Kremlin might even be considering the “annexation” of the majority-Russian-inhabited corners of that country. These false reports are meant to provoke ultra-nationalist forces there to attack their fellow Russian minority compatriots in order to catalyse an actual international security crisis between Russia and Kazakhstan.

Other false reports claim that the elite are fleeing from the country, which resemble the fake allegations that were made in early November that the Ethiopian elite were doing the same during the height of their country’s own Hybrid War crisis. These rumours are intended to provoke fury among average folks who might be misled into thinking that a so-called “corrupt elite” is “fleeing the country” with “the people’s money”, the false perception of which can encourage them to participate in the ongoing spree of urban terrorism, including as voluntary “human shields” for protecting the rioters from the police.

It can’t be known for sure, but some countries might also soon threaten to impose targeted sanctions against the Kazakhstani authorities and members of the security services under the false pretext that they’re “anti-democratic” and “violated the human rights” of “peaceful unarmed protesters”. That would represent an international escalation of this crisis intended to legitimize further acts of terrorism there. Nonetheless, those governments that make any serious moves in this direction would immediately be destroying their relations with Kazakhstan so they might think twice about doing this.

The Hybrid War on Kazakhstan is ongoing, very fluid, and everything might thus change unexpectedly, but the present analysis’ purpose was to prove that the latest events are indeed a Hybrid War coup attempt by anti-state terrorists, even if it’s unclear at this moment exactly which networks they’re associated with. Honest observers who sincerely want to understand this rapidly evolving situation should refrain from recklessly speculating about it, especially Russia’s response in the worst-case scenario, lest they unwittingly give the masterminds fuel for their infowar fire. 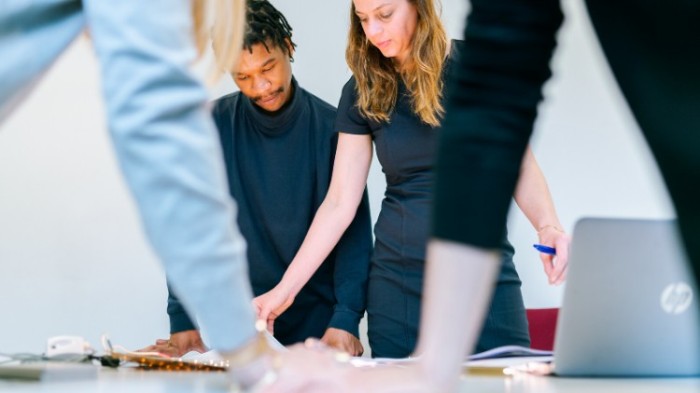