‘The International Community Does Not Recognize India’s Elections Inside Kashmir’

ISLAMABAD, 02 May—A roundtable in the Pakistani capital bringing together Pakistani and Kashmiri academics concluded that India’s forced elections in Kashmir were more of a military operation than a democratic exercise.

The Youth Forum for Kashmir, or YFK, a lobbying group, organized a roundtable in Islamabad on the day India’s military organized a voting exercise in Kashmir as part of India’s national elections. 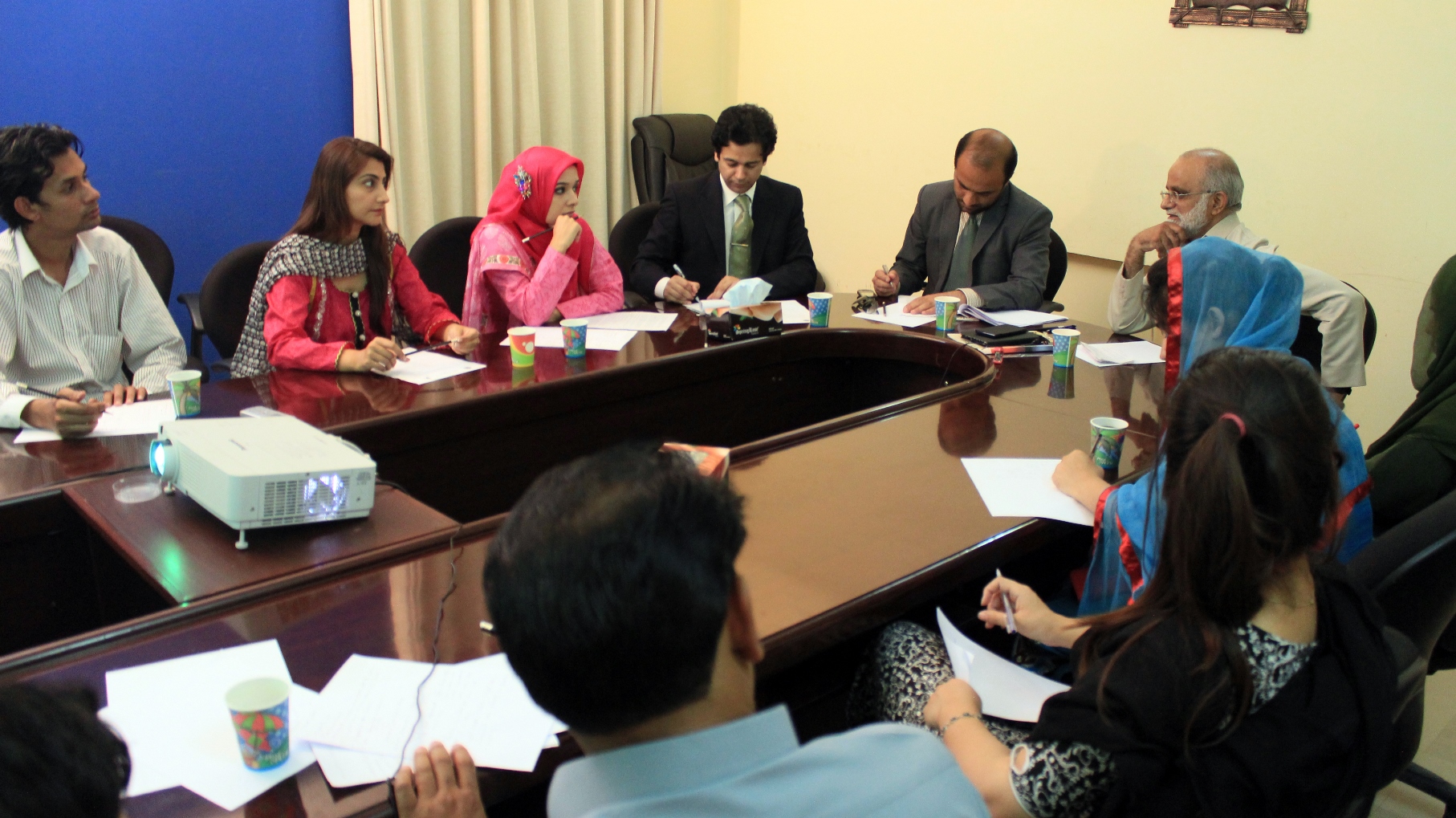 Sheikh Tajammul asked a key question in the debate over forced Indian elections in Kashmir: “Why do we say Kashmiris should boycott elections? Many non-Kashmiris ask us why you don’t be a part of the electoral process to prove your popularity.”

“India,” he answered, “uses elections to sabotage the freedom movement. The assembly resulting from these elections cannot decide the fate of the State under United Nations resolutions.”

A key point for Sheikh Tajammul, himself a Kashmiri, was the legitimacy of India’s elections in Kashmir at the international level. According to him, these elections carry little weight globally.

“India’s elections in Kashmir are not recognized internationally,” Tajammul said.

What supported his statement is the critical international media coverage of the forced Indian elections in Kashmir.

Most Western media coverage this week focused on the story of the arrest of more than 600 Kashmiri civilians by India’s occupation security forces in the valley prior to balloting.

Tajammul revealed that India’s ballot papers in occupied Kashmir stipulate that voters pledge allegiance to the Indian constitution, and that elections are “manipulated” in any case to ensure that pro-Indian personalities are elected to occupied Kashmir’s legislature.

Another interesting aspect of the forced Indian election in Kashmir is that India’s army and intelligence are primarily responsible for conducting elections in the valley, unlike in India where elections are conducted by the government and the election commission, he said.

Tajammul also explained details of ‘psychological operations’—the name given to tactics that India’s occupation officials use to divide and confuse the Kashmiri population.

Some of these Psy-Ops, as they are known in military lingo, include promoting divisive debates in the media along the lines of, for example, Sufi and non-Sufi Islam, and whether Kashmiris want an independent Kashmir or one that is part of Pakistan, and whether self-rule would be a better option. Another divisive topic is whether Kashmiris should support secular politicians or ‘communal’ ones, the word being a code for anyone who is pro-Pakistan. This is a sample of other ‘discourses’ that India uses to confuse the Kashmiri population, Tajammul said.

All of these tactics are about one thing: to change the topic in Kashmir, he said, from freedom from Indian rule to other issues.

Tajammul said the latest tactic India is using in Kashmir is to exploit the power struggles between different politicians within the All Parties Hurriyat Conference (APHC), the umbrella group of all Kashmiris who oppose India’s military occupation and support UN Security Council resolutions on Kashmir.

Dr. Manzoor Afridi, Head of IR and political science department at IIUI, said he viewed the elections in India as part of a region-wide movement of change where China, Pakistan, Iran, and Afghanistan have all seen changes in command at the top.

He said relations between these five countries will determine the stability of the entire region of South and Central Asia.

Dr. Afridi gave an extensive briefing to the participants on the internal dynamics of elections in India. On BJP, the opposition party that is expected to win the elections, Afridi said the party was “confused” on Pakistan and that its leaders issued conflicting statements that appeared friendly at times and hostile at others.

Afridi highlighted a particular statement by Narendra Modi where the BJP leader warned Indian Muslims to move to Pakistan if they did not want to live in India.

In addition to the politicians, the Pakistani media can more robust while covering India’s election exercise in Kashmir, Quraishi said. “Our media should not only report on the Indian electoral activity in Kashmir, our media should go a step further and question this forced Indian election, raise doubts about it from the given facts on the ground, where the Indian army is arresting Kashmiris to intimidate those boycott the election,” Quraishi said.

Quraishi said Pakistan’s policy on India should be consistent. “We should maintain normal relations with India at current levels, including trade, but we should not give India one-sided political or trade concessions until India resolves Kashmir and reciprocates our concessions. This should be our fixed position,” he said.

Shaista Safi, a young freedom activist from Baramulah in Indian-occupied Kashmir, delivered a strong indictment of the forced Indian election in Kashmir.

“Did the people of Jammu Kashmir not go for elections in 1987? Why did the youth reject Ballot and opted for the Bullet after 1987? Only because the sanctity of ballot box was not respected, the losers were declared winners and the winners portrayed as losers. To add insult to injury India propagated all over the world that these elections were the Referendum promised to the people of Jammu Kashmir and there remains no need for Plebiscite under the auspices of United Nations,” Safi said.

In her view, elections in a disputed territory in the presence of hundreds of thousands of occupation forces equipped with draconian laws can only be a Military Exercise and not an election.

Shaista created enough doubts about the forced Indian election in Kashmir through a series of questions:

1.      How will people respond to the election process when India has created an institutional and systematic repression in Kashmir?

3.      Will my vote undo what Indian army did with my mother land?

4.      Will my vote remove the army outside every house standing there against our will?

5.      Will my vote heal the wounds of my sisters who were raped by Indian forces?

6.      Will my vote bring some relief to the family of disappeared persons?

7.      Will my vote provide the justice to those mothers who lost their sons struggling to get their birth rights?

Concluding her remarks, Shaista Safi said like most Kashmiris she could not say India-organized elections in Kashmir are a positive development.

“Those who say elections are a step forward are actually sabotaging Kashmir’s sentiment of Azaadi,” she said.

“Occupation is Evil in itself and conducting Elections under Occupation is just strengthening this brutal occupation.”

At the end, Safi said she grew up singing national Kashmiri songs that mentioned Pakistan Army soldiers as heroes. The military of Pakistan has always stood by the people of Kashmir, and it is our time now to tell Pakistan Army that Kashmir stands by you, said Safi.

Seminar participants recited Fateha for the martyrs of Pakistan and Kashmir.

The YFK is a grassroots lobbying group led by young Kashmiris and Pakistanis working to ensure justice to Kashmiris living under Indian military occupation.