CNN is completely wrong to claim that ‘chaos in eastern Europe is never bad news for Vladimir Putin’.

CNN published a piece on Tuesday titled, “Why chaos in eastern Europe is never bad news for Vladimir Putin”. It puts forth a conspiratorial interpretation of recent events there claiming that the Russian leader is exploiting the Eastern European migrant crisis – perhaps even pulling Belarusian President Alexander Lukashenko’s strings (who’s accused by the West of orchestrating it) – and potentially plotting to invade Ukraine. According to the outlet, he’s doing this for prestige and to divide the EU.

Some clarification is needed before explaining why this isn’t the case. The Eastern European migrant crisis owes its origins to the US-led West’s wars since the start of this century that destroyed several Muslim-majority countries and created the conditions for large-scale exoduses from them, whether to flee strife as refugees or to have a chance at a better life as economic migrants. The West also sanctioned Belarus following last year’s elections as part of its regime change campaign against it.

The second-mentioned provocation is most immediately responsible for the crisis. It crippled that country’s capabilities to control migration flows within its borders. The sanctions also made it politically impossible for President Lukashenko to continue expending the resources needed to defend his neighbours from illegal immigration. He has no reason to do so when they’re actively trying to overthrow him. This led to Belarus becoming the premier transit state for EU-destined refugees and migrants.

Regarding Ukraine, US Secretary of State Antony Blinken claimed last weekend that the Eastern European migrant crisis has an “aim to distract from Russia’s activities on the border with Ukraine.” This was followed by NATO Secretary-General Jens Stoltenberg warning about an alleged Russian military buildup near the Ukrainian border, which prompted the latter’s Foreign Minister to advise the EU to “do the preparatory work now” in case a war breaks out.

Not only did Russia deny any alleged military buildup there, but curiously enough, this was also seconded by a spokesman for Ukraine’s Border Security Service who said that “We are not registering any movement of materiel or troops of the neighbouring country right at the border.” That second-mentioned development implies that even Ukraine itself isn’t sure if the warned-about buildup is even happening. This leads to the conclusion that’s likely just more of the US’ typical fearmongering.

To return to CNN’s article, they’re completely wrong to claim that “chaos in eastern Europe is never bad news for Vladimir Putin”. Belarusian Foreign Minister Vladimir Makei earlier said that his country and its Russian mutual defence ally “are expressing concern over the continuing groundless NATO buildup on the borders of the Union State” under the pretext of responding to the migrant crisis. The Belarusian Defence Minister then warned that his NATO neighbours want to initiate a military conflict.

This assessment was subsequently shared by President Lukashenko. Taking stock of the strategic dynamics surrounding this fast-moving situation, that certainly seems to be the case. Russia’s regional security is being undermined by NATO members exploiting the Eastern European migrant crisis. Any potential conflict that they could provoke with Belarus risks dragging Russia into the fray due to its mutual defence commitments to its Collective Security Treaty Organization (CSTO) ally.

Russia has consistently called for military de-escalation with NATO. The Kremlin has absolutely no interests in fighting a war with that bloc. The West’s false fearmongering about its supposedly opposite intentions all these years since the start of the Ukrainian Crisis in 2013-2014 was always debunked by subsequent events which proved that no such “Russian invasion” ever transpired. So too is that likely to be the case with the latest claims.

Regional chaos and rumours about Russia’s supposedly hostile intentions towards its neighbours serve to undermine that country’s strategic goals. Moscow has been actively attempting to enter into a rapprochement with the EU led by its partners in Berlin as evidenced by the progress they impressively made in building the Nord Stream II pipeline despite Washington’s opposition. Weaponizing the migrant crisis and plotting to invade Ukraine run contrary to this policy and such fears have no basis in reality.

The chaos in eastern Europe is caused by the US-led West’s wars of destruction against majority-Muslim countries and its recent destabilizing sanctions against Belarus which eroded that targeted country’s capabilities in serving as the EU’s bulwark against illegal immigration. Fake news is responsible for the latest fears about another supposedly impending “Russian invasion” of Ukraine which that country’s own Border Security Service officially doesn’t deem credible.

The solution to everything is simple enough. The West must stop destroying other countries and should urgently commit the resources needed to rebuild them. They must also lift their illegal sanctions against Belarus so that it can return to its traditional role in defending the EU from illegal immigration. Furthermore, Western leaders and their media mustn’t spread any more fake news about a “Russian invasion of Ukraine” either. This is the only way to restore stability to Eastern Europe. 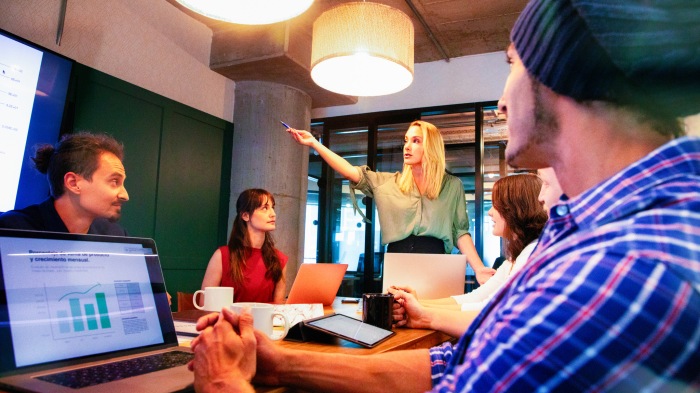