It was hyperbole for Ghosh to claim that ‘Biden’s Afghanistan Withdrawal Is A Blow To China’. It might only be so in the worst-case scenario, which is far from certain.

Bloomberg published an op-ed last week provocatively claiming that “Biden’s Afghanistan Withdrawal Is A Blow To China”. Opinion columnist Bobby Ghosh argues that the country might soon slip back into an all-out civil war that would not only disrupt China’s connectivity interests in the country, but also spill over to threaten the Belt & Road Initiative’s (BRI) flagship project of the China-Pakistan Economic Corridor (CPEC). In addition, he predicts that Afghanistan will become “a sanctuary for jihadists of every stripe — some of whom will undoubtedly direct their attention to that very short, mountainous and porous border with China.”

This line of thinking is typical of what many in the Western mainstream media are saying. They were against former US President Donald Trump’s deal with the Taliban last year and subsequent promise to complete his country’s military withdrawal by the beginning of next month. His successor, US President Joe Biden, will instead initiate the full withdrawal by that date and complete it before the twentieth anniversary of the 9/11 terrorist attacks. Some establishment voices fear that this will create strategic opportunities for China and the US’ other so-called peer competitors like Russia to exploit for zero-sum ends against American interests.

In reality, however, it’s in everyone’s interests that the US completes its promised withdrawal from Afghanistan as soon as possible. America has spent trillions of dollars there without much of anything to show for it. It’s true that Afghanistan now has a governing system comparatively closer (key word) to Western democracy than before and that woman now enjoy greater rights, but the Taliban still controls large swathes of the country and ISIS’ entry to the battlefield in 2014 immensely complicated the anti-terrorist situation there. Indefinitely continuing the US’ occupation of Afghanistan would only make matters much worse without solving anything.

By boldly agreeing to withdraw from the country and clearly articulating the strategic reasons behind this decision in his national speech on Wednesday, President Biden concluded that it’s better to cut America’s losses and simply move on even though the victimized Afghan people won’t be able to move past this twenty-year dark chapter of their national history so easily. In any case, their future is arguably brighter than before, not dimmer. The completion of the US’ withdrawal will unlock promising socio-economic opportunities for Afghanistan provided that their leadership and local stakeholders have the political will to support them.

To explain, it’s precisely because of China that this is possible. Afghanistan’s geostrategic location in the centre of the tri-regional Central-South-West Asian space affords it enormous potential for connecting these three massive markets through BRI. In particular, CPEC’s de facto expansion into Afghanistan via the recently agreed Pakistan-Afghanistan-Uzbekistan (PAKAFUZ) railway will complement existing rail connectivity with China via the Central Asian nations of Uzbekistan and Kazakhstan. The Chinese-Iranian Strategic Partnership deal also creates the chance of further expanding this connectivity network to West Asia with time via W-CPEC+.

Domestically, the Afghan economy would require extensive reconstruction, but its reported $3 trillion worth of minerals – including some rare earth ones – could ideally be extracted in the most responsible way possible to ensure the equitable distribution of this wealth to every citizen. Coupled with grants and low-interest no-strings-attached loans from partner states like China and others, the Afghan people actually stand a very credible chance of succeeding in the future so long as their country can avert the all-out civil war that Ghosh fears might soon erupt.

That worst-case scenario is plausible, but nevertheless not inevitable. The Taliban, despite being designated as terrorists, have recently proven themselves to be shrewd diplomats on the international stage during multiple rounds of peace talks over the past few years. They seem to have understand the pragmatism of facilitating such connectivity and extractive projects for the purpose of improving their citizens’ living standards. Should they enter into the planned inclusive transitional government that’s been proposed, then they’ll probably not do anything to threaten those projects since they’ll too have a stake in their success.

Considering all of this, it was hyperbole for Ghosh to claim that “Biden’s Afghanistan Withdrawal Is A Blow To China”. It might only be so in the worst-case scenario, which is far from certain. What’s much more likely is that the existing low-intensity conflict continues but doesn’t reach catastrophic proportions. Instead, with the Taliban possibly becoming part of the Afghan government, the international community might remove their terrorist designation and accept them as equal stakeholders in Afghanistan’s future socio-economic success, a large part of which will be due to mutually beneficial cooperation with China. 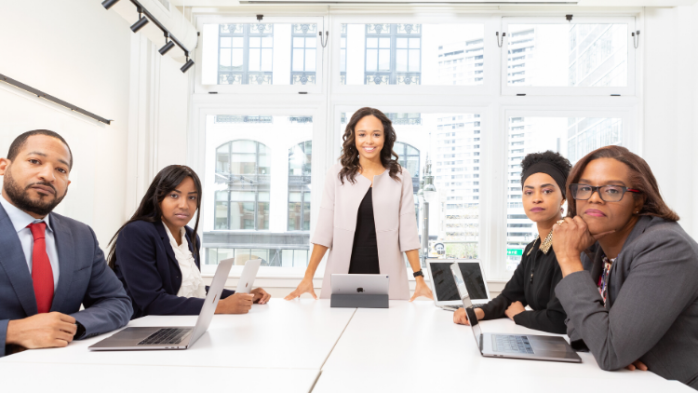 Like Loading...
‹ “Back to the Holy Quran” must be our motto, mission and mantra
The Russian-Taliban Bounty Conspiracy Theory: Postmortem ›